New Year Giveaway | Get OPPO Reno7 Pro 5G Mobile for FREE! ()
Home » Blog » Education » Which is the Best Religion in the World and Why?

What is a Religion?

Religion is a socio-cultural system of specified behaviors and practices, morals, beliefs, worldviews, texts, sacred places, prophecies, morals, or organizations, that link humanity to the supernatural, transcendental, and spiritual elements. However, there is no scholarly consensus on what exactly a religion is.

According to Wikipedia, these are the top 10 religions in the world.

This is a list of religious populations by number of adherents and countries. We can't not call anyone as number 1 religion because of the large number of followers of the religion, it cannot be said that he is the best.

Which is the Best Religion in the World, and Why?

There is no consensus of scholars on which is the best religion, and then no religion tells itself to be the best. Each religion has different beliefs, but all have the same message and purpose. like,

Whether you see it in the Gita, or in the Quran, or even in the Bible. You will find almost the same things in everyone. Every religion teaches to remember God and follow the path of truth. But in today's time people do not see and understand these similarities, they are engaged in mutual fights and everyone is engaged in telling their religion to be superior and great.

At the same time, it is also necessary that that person is free from any kind of greed, attachment and illusion, then only he will be able to answer it. Otherwise, if he becomes a Muslim, then Islam, if he becomes a Hindu, then Sanatan, if he becomes a Sardar, he will tell Sikhism as the best.

Now I don't need to tell you how difficult it is to be like this. That is why it is better that we study all the religions ourselves and know the answer. Yes, if we take all the religions and analyze the same things told by them, then one thing is known from this that all religions teach the lesson of truth and humanity.

That is why we can say that, in this whole earth or world, there is only one religion and that is humanity religion. This is the religion which we can call the best and greatest in the world.

But no one is ready to understand or accept this. Everyone just has to wave the flag of their religion by creating riots and humiliating other religions. Now what can we call this mentality, maybe love of religion or bitterness. Clearly it would be called blasphemy. Because no religion teaches that mutual respect should disrespect any other religion.

If you cannot respect someone, then you have no right to disrespect. But who wants to understand this thing today? Everyone accepts the words of their religious gurus (hypocrites) as truth. Let us tell you that no religion says in itself that I am great. Or does it have some other purpose for this.

Neither Hindu is bad nor Muslim is bad, whoever does bad deeds, that person is bad.

To know the truth of religions, we have to understand what is this religion, and who are those people who really believe in religion. Let me tell you about it in short. Dharma is that which advises us to choose the right path and do the right action, and a true religion follower is one who, without getting into any arguments… just goes on his path, regardless of whether anyone Describing that path as great or insignificant.

Let me tell you that the one who harms anyone can never be a true religion follower. We have to avoid getting into the lies of such people.

We have to understand that all the religions of the world are superior in themselves, all religions are equal, just like every human being on this earth is equal. Hindus, Muslims, Sikhs, Christians, Jains and people of all other religions have the same color of blood. That is why we have to look at everyone equally without discriminating against anyone. Those who do this are great, their religion is great.

Note:- Whatever we have mentioned here, the source of all of them is internet, that's why there can be a mistake in it. If you find anything wrong then you can tell in the comment below.

Also, tell your friends, family members about it so that they too can know about this truth. 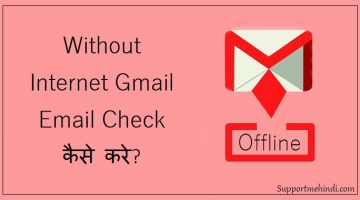 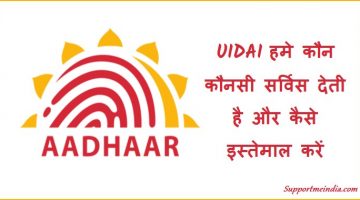